In this video blind Ultrarunner Sinead Kane (blindrunner777) talks about completing the World Marathon Challenge. The World Marathon Challenge is an event organised by Galway Man Richard Donovan. Sinead ran 7 marathons on 7 continents within 7 days in January 2017. She achieved a Guinness World Record for being the first blind female to complete the event. In fact, she is the first blind person to run 7 marathons on 7 continents within 7 days. The marathons included Antarctica, Chile, Miami, Madrid, Marrakesh, Dubai, Sydney. Sinead is also the first Irish female to complete the World Marathon Challenge. In this video Sinead talks to running legend Ryan Hall. Ryan Hall is a retired American long-distance runner who holds the U.S. record in the half marathon. With his half marathon record time, he became the first U.S. runner to break the one-hour barrier in the event. He is also the only American to run a sub 2:05 marathon. Sinead also talks to running legend Mike Wardian. Michael Wardian is an American marathoner and ultra-marathoner. He won the 2008, 2009 and 2010 US 50 km championships and the 2011 US 50 mile championship. In 2008, he won the U.S. National 100 km championship. 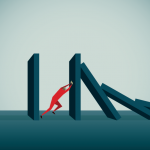 Resilience 10 Simple Steps How to develop during the Covid-19Running