Black Lives Matter | Why I didn’t post a Black Square

I am no stranger to being around diverse voices and minority groups given my personal and professional experience. I know what it’s like being born into a world of rejection, not connection. I was born with a disability namely blindness which has meant a lifetime of fighting for my rights and standing up for myself. Through my professional work of being an international speaker, I have been on many panels with voices from minority groups. Through my work, as a lawyer, I have dealt with legal cases that have involved discrimination against minority groups. Also through my own legal cases of discrimination which I have encountered those cases too have added to my knowledge. I am passionate about diversity, inclusion, equity, anti-racism, and principles of social justice. Despite my years of living and researching these issues I still feel I don’t know enough. Every time I read I realize I need to learn more. Racism is a subject that I have read about over the years through my legal studies and human rights studies. Yet, I still need to learn. Given the events of late regarding George Floyd’s death I have tried to do more research about racism each day as Black Lives Matter. 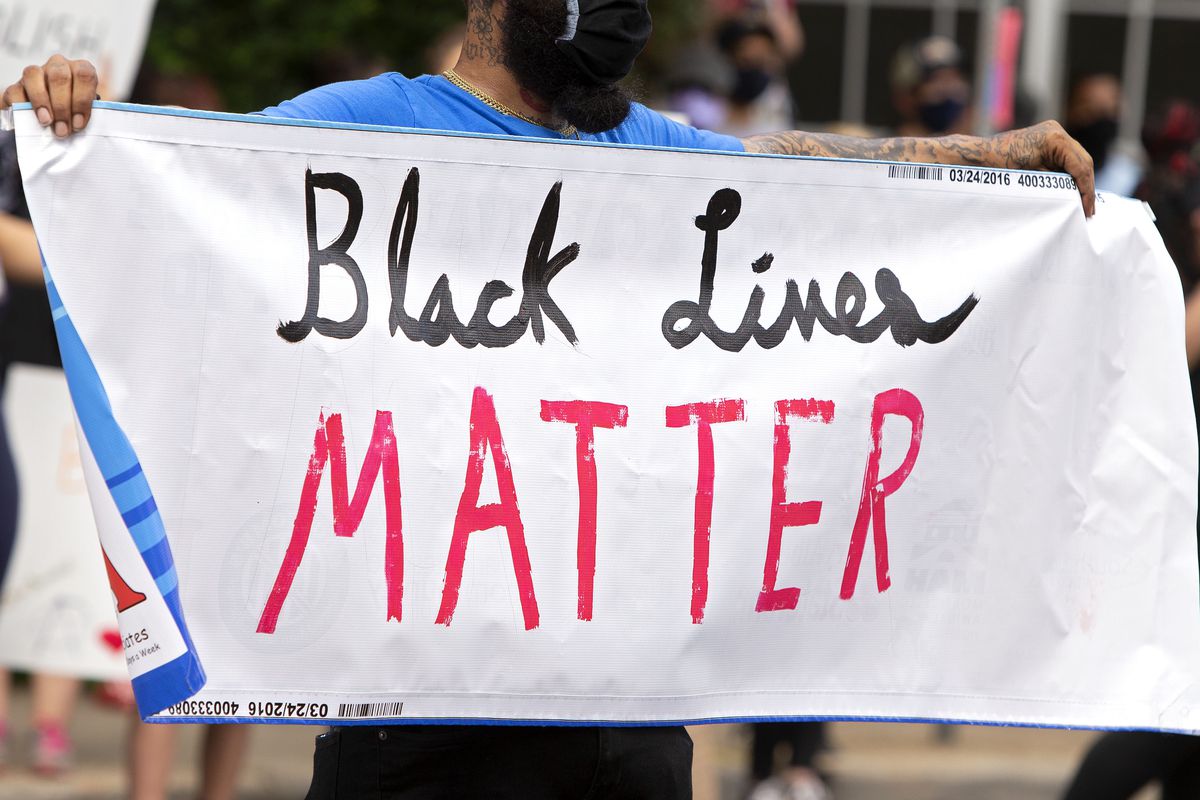 The signing of the Civil Rights Act of 1964 in America was one of the most significant moments in America’s struggle for racial equality. The movement for civil rights gained traction in 1955 when Rosa Parks refused to stand on a crowded bus just so that one white person could sit. At the time, laws in America’s southern states mandated racial segregation in public places such as schools and on transport. Rosa Parks inspired the civil rights movement, and as it grew, activists began boycotts of transport and defiant sit-ins in segregated areas. An iconic moment occurred in 1963 when leading activist Martin Luther King Jr addressed 250,000 supporters in Washington and delivered his ‘I have a dream’ speech, calling for equality.  In 1963, President John F. Kennedy decided it was time to act on racism and proposed civil rights legislation.

“This nation was founded by men of many nations and backgrounds. It was founded on the principle that all men are created equal, and that the rights of every man are diminished when the rights of one man are threatened.”

After the assassination of President Kennedy later that same year, his successor, Lyndon B. Johnson, continued to press Congress to pass comprehensive civil rights legislation.

“My fellow citizens, we have come now to a time of testing. We must not fail. Let us close the springs of racial poison. Let us pray for wise and understanding hearts. Let us lay aside irrelevant differences and make our nation whole.”

— President Lyndon B. Johnson, upon signing the Civil Rights Act

On the 2nd of June 2, 1964, President Lyndon B. Johnson signed the Civil Rights Act in America. The Act prohibited discrimination on the basis of race, color, religion, sex, or national origin, in public places, provided for the integration of schools and other public facilities, and made employment discrimination illegal.

The Civil Rights Act of 1964, more than 100 years after the end of the Civil War, sought to finally guarantee the equality of all races and creeds in the United States. The Civil Rights Act was later expanded to include provisions for the elderly, people with disabilities, and women in collegiate athletics. Its passage also paved the way for two other major pieces of legislation: the Voting Rights Act of 1965 and the Fair Housing Act of 1968.

President Obama said when he became President that without the Civil Rights Act of 1964 he would not have gained entry to the White House. Yet, racial inequality is still rife. Some say that with racial inequality still widespread in America, the Civil Rights Act has failed. There have been numerous disturbances due to continuing inequality, and riots occurred in 1992 after police were filmed brutally beating Rodney King. The policemen were tried in court, and after their acquittal violent riots spread across the city, leading to 53 deaths and over 2,000 injuries. Now nearly 30 years later the death of George Floyd has sparked similar outrage.

Last Tuesday, became BlackOutTuesday and I didn’t post a black square on my Instagram because my approach to learning about racism is not to just download a black square into my post and job done. I think it’s great that people want a visually uniting symbol of solidarity. But I can also see how some people only did it because they didn’t want to look bad to their followers if they didn’t post. So with people like that what happens is, they post but with no real intention of listening, learning, donating, protesting, or helping beyond the post. The post makes them feel like they’ve done their part. When I opened up my Instagram on Tuesday and saw black square after black square to me it just all felt sort of empty. I also felt an outsider because of not following the trend and for being different. I felt as if I was being judged for not posting. I don’t think you should be judged according to your ability to post a black square. I don’t think people should be shamed into posting things or not posting things. I think people should be educated about the issues better. I think we need to hear from black voices about what racism really is and how it really manifests itself.

Overall, I just feel you should always take a moment to consider the implications of what you post. #Blackouttuesday may have been well-intentioned. However, the discourse over recent days highlights that there is a conflicted dialogue, not everyone is on the same page about what it means to use the hashtag #BlackOutTuesday while posting a black square to their feed. Being anti-racist takes effort, resources, and time. Posting a black square and nothing else can be construed as an empty, performative gesture, rather than a legitimate act of solidarity with those who are suffering right now.

I believe it’s more important how you live your life on an everyday basis when no one is watching – the actions that you do that impact when you’re not waiting around to check your news feed to see how many likes you got to a post. I know the small private actions that I take daily to try and make some small difference in tackling this huge generational problem that we call racism. I don’t need to highlight my actions because by doing so who am I truly doing it for?

There are people who I know who do a lot of behind the scenes work regarding minority voices and they posted black squares. Do I think differently of them? Do I judge them? No. Because I know they strive to make a real difference. For me, it’s more the people who just did it for the show, the people who just followed the crowd but haven’t a clue why they actually posting. Personally, I just don’t like this whole performative activism. I find it difficult to digest when I have spent years supporting minority rights. But then to be made to feel judged for not posting a black square. When you see the same black square over and over again, ask yourself, what did that actually encourage you, the person with the phone in your hand, to do? It’s certainly a symbolic gesture, and symbols have a place in activism, but right now what’s needed is action, and sharing a simple black square symbolising your position as someone who condemns racism isn’t enough Black Lives Matter.

Minority groups have their voices blocked so many times and on BlackOutTuesday this was just another example. Vital information got lost. The intent of the social media campaign was completely lost because people on social media where posting black square and using the #BlackLivesMatter, which is largely otherwise used to share information and resources, critical help was being lost Black Lives Matter.

My final words: before posting pause and ask yourself do you know the full picture, ask yourself why am I truly posting. Educate yourself around minority groups, and take action to make a genuine difference Black Lives Matter.

BlackLivesMatter, BlackOutTuesday, Civil Rights, Colour Black Skin, Discrimination, Diversity, Equality, Human Rights, Inclusion, Minority Groups, Racism
Sinead Kane
Sinead Kane Is A Motivational Speaker With A Difference. Drawing On Her Personal Story - Double PHD Doctorate And Double Guinness World Record Holder One Of Which Was For The Small Feat (!) Of Running 7 Marathons On 7 Continents In 7 Days – She Articulately And Interactively Reels The Audience In Leaving One Simultaneously Humbled, Engaged And Energized. With A Constant Focus On What Those With Disabilities Can Achieve, She Shines A Light On One Of The Key But Often Unspoken Areas Of Diversity & Inclusion.
Recent Posts
Copyright © Sinead Kane. All Rights Reserved 2018 | Website Designed By Concordi
Contact Us 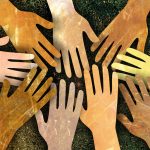 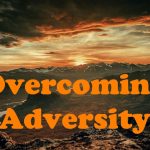